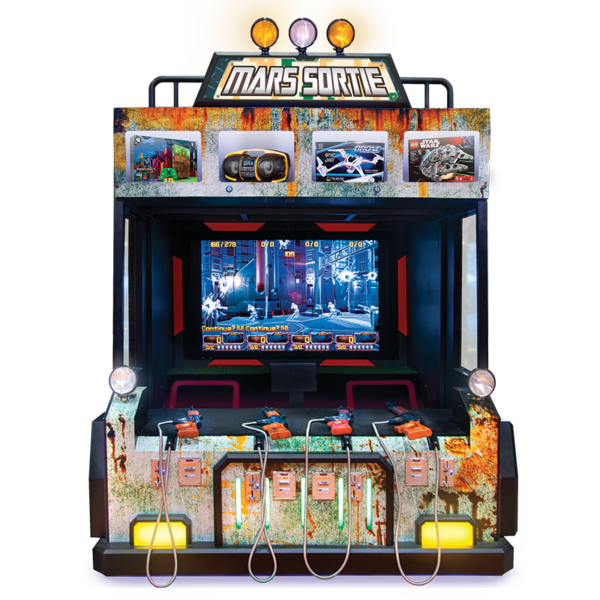 Here is a fantastic 4-player Shooting Simulator … with a much smaller aesthetic than the previous version, but which is even more exceptional in terms of technology: MARS SORTIE small 4ply.
With a wide range of scenarios available to the player (on a ship, on the streets of a city, during an alien invasion) the player, using a rifle, must try to shoot down as many enemies as possible, within a certain time limit, to earn points. During the game, you can collect other more powerful firearms, such as the bazooka, the machine gun or the grenades.
You can play alone or up to 4-players, for an exciting all-against-all challenge and see who of them is a real “sniper” (at the end of each game, the ranking of points earned by each player appears). For the traveling show, the version with the delivery of tickets corresponding to the points made is also available.
A special camera also captures the image of each individual player, for an even more compelling competition, while a very high-definition screen makes the video look like a real movie.
Another important novelty is the use of a rifle which is the exact reproduction of a weapon used in the navy, with the “reloading” effect created by a special compressor.
The shooting precision is given by a particular sensor that covers all the points of the screen, thus making the race also a game of high precision.