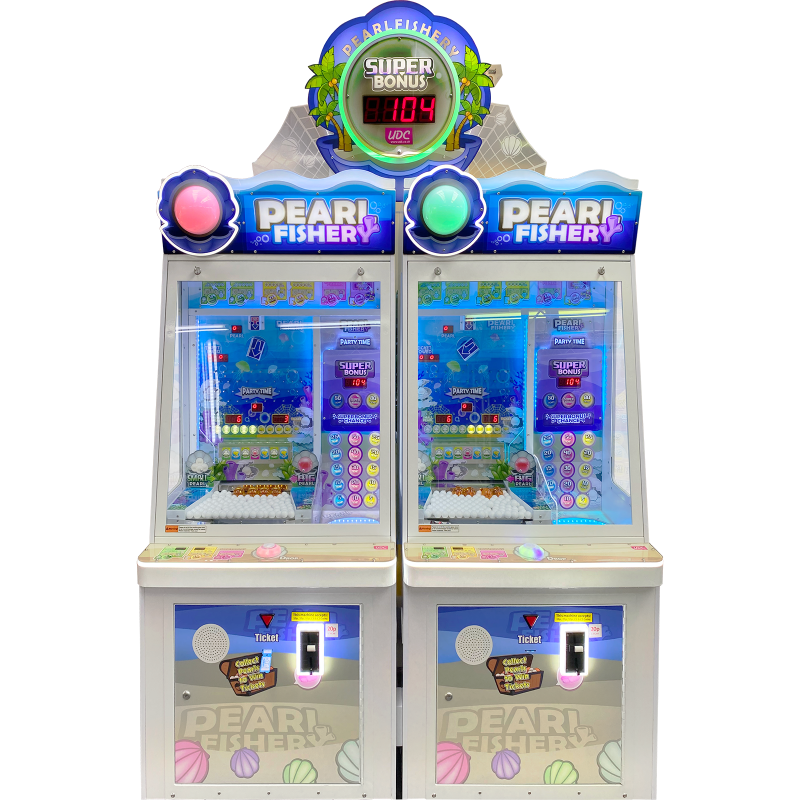 Pearl Fishery 2ply is a Ruspa -Ticket Redemption 7c-bis model game of skill.
The cabinet, in wood and glass, consists of a console and an internal game area.
This area is composed of a vertical wall and a horizontal plane that moves forward / backward like a bulldozer and a turntable placed to its right.
After inserting the credit, the player presses the button on the console which activates a reel that allows a white ball (pearl), positioned in the upper part of the vertical wall of the playing area, to cross a channel. which oscillates to the right and left of 45 ° on each side and to fall on the underlying plate making its fall path along a vertical plane on which special protruding pins are fixed that make it follow certain paths. Also on the vertical plane, just above the bulldozer plate, there are 7 different entry holes for the white pearl: 3 holes carry the Small Pearl symbol, 3 the tickets symbol and the central one of the Big Pearl.